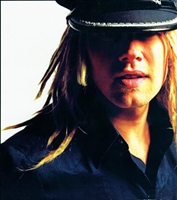 This genre bending dj/producer is at the forefront of creating experimental electronica. Praised for using live, not sampled, musicians to create a sexy, upbeat blend of house, latin, funk and jazz.

DJ Harry worked with 15 musicians to create the organic and tangible sounds heard on the album. Writing everything himself, he then brought in musician friends to input live instruments onto the tracks, sometimes up to three different bass players on one tune, giving each number body and flavor.

Sensing the similarities between jam bands and electronica, DJ Harry approached his friends in the String Cheese Incident about fusing the two genres. The resulting The String Cheese Remix Project is a 66-minute continuous mix album, 90 percent of which is samples taken from the band’s live recording archive.